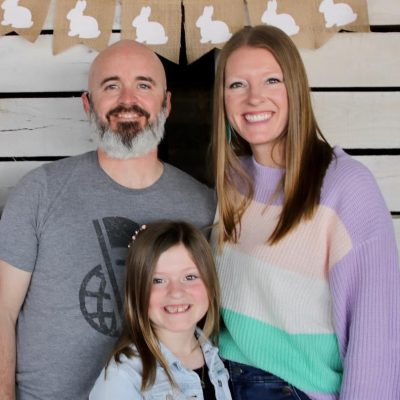 There are 168 hours in each week, and we get to spend ONE of those learning and worshipping together as a community, but we want to give you the tools to carry this into your daily life.

Use the following guide to dive deeper into Ryan’s teaching, and have discussion with those you do life with. You can do that all week in a Growth Group or Mission Team, with your Few, or over in our Digital Community (https://www.facebook.com/groups/OLHendo).

What sort of interactions with others are most life-giving for you? Which are the most draining?

“1 Some time after this, Jesus crossed to the far shore of the Sea of Galilee (that is, the Sea of Tiberias), 2 and a great crowd of people followed him because they saw the signs he had performed by healing the sick. 3 Then Jesus went up on a mountainside and sat down with his disciples. 4 The Jewish Passover Festival was near.

5 When Jesus looked up and saw a great crowd coming toward him, he said to Philip, “Where shall we buy bread for these people to eat?” 6 He asked this only to test him, for he already had in mind what he was going to do.

7 Philip answered him, “It would take more than half a year’s wages to buy enough bread for each one to have a bite!”

8 Another of his disciples, Andrew, Simon Peter’s brother, spoke up, 9 “Here is a boy with five small barley loaves and two small fish, but how far will they go among so many?”

10 Jesus said, “Have the people sit down.” There was plenty of grass in that place, and they sat down (about five thousand men were there). 11 Jesus then took the loaves, gave thanks, and distributed to those who were seated as much as they wanted. He did the same with the fish.

12 When they had all had enough to eat, he said to his disciples, “Gather the pieces that are left over. Let nothing be wasted.” 13 So they gathered them and filled twelve baskets with the pieces of the five barley loaves left over by those who had eaten.

14 After the people saw the sign Jesus performed, they began to say, “Surely this is the Prophet who is to come into the world.” 15 Jesus, knowing that they intended to come and make him king by force, withdrew again to a mountain by himself.

Use our Bible study tools to help you unpack this passage more deeply (for more instruction on these questions, check pg. 9-10 in The 167):

Austin described three types of people that likely made up the “crowd” around Jesus: the needy, the skeptical, and the curious.

Austin described what Jesus did to feed the crowds as a “sign,” rather than a miracle, because if Jesus was, in fact, God in the flesh, this action was simply showing that fact to be true, rather than doing anything miraculous.

Ryan and Austin explored an idea called “christotelic hermeneutic,” or asking about the Text how it is revealing Jesus as the fullness of God. An original reader may have heard the significance of the “5” loaves of bread and the “2” fish as Jesus’ fulfillment of the Law (2 tables of the 10 commandments and lifestyle of Torah (what we now know as Genesis, Exodus, Leviticus, Numbers, and Deuteronomy).

Jesus lived in community with others. If we are modeling our lives after Jesus, we need to be doing the same. As Disciples of Jesus, we should:

As a Group, take a look at all three of these practical ways to model your lives after Jesus. Together, make a list of some ways you, as a Group and as individuals, can be intentional this season about:

Be intentional about modeling your life after Jesus. With your community, take some time this week to go where people are (like Jesus did) together. You don’t have to teach a Bible lesson. Simply be an overflow of what Jesus has done and is doing in you while you’re there.

While you’re “where the people are,” grab a photo to share with the bigger community, so everyone can see that you’re “going, hearing, and doing,” like Jesus.