34 And on the lampstand itself there shall be four cups made like almond blossoms, with their calyxes and flowers, 35 and a calyx of one piece with it under each pair of the six branches going out from the lampstand. 36 Their calyxes and their branches shall be of one piece with it, the whole of it a single piece of hammered work of pure gold. 37 You shall make seven lamps for it. And the lamps shall be set up so as to give light on the space in front of it. 38 Its tongs and their trays shall be of pure gold. 39 It shall be made, with all these utensils, out of a talent of pure gold. 40 And see that you make them after the pattern for them, which is being shown you on the mountain.

God detailed the lamp stand with such detail as to tell Moses what the cups that would hold the oil lamps would look like. (A calyx is the little outer shell of a flower in which all of the petals are held. I had to look that up. ) 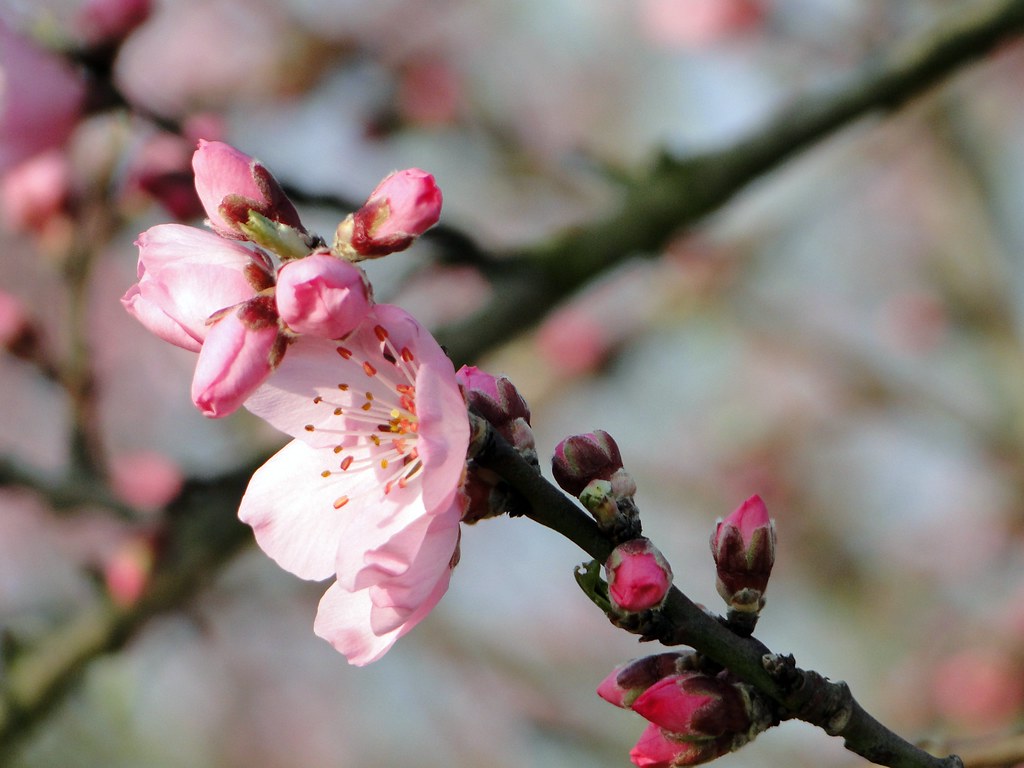 Early rabbis were so convinced of the way God talked about the tabernacle being a shadow of what is in heaven that they viewed heaven via the tabernacle. They didn’t picture a bunch of bored people in robes sitting on fluffy clouds with harps. They pictured heaven as a big tent, in which there were holy lights (the lampstand) and a storeroom of bread (from which the angels brought the manna during the Exodus.) The idea that Moses had seen something where God was and that the temple was a miniaturized replica was deep-seated in them.

It’s no mistake that God, who shows up in three different ways or forms or persons to us, would show up in three aspects in the room of the tabernacle just before His fullness is shown in the Holy of Holies. The Table of bread is the Body of Christ. Christ was a man and would sit and eat with His people. The lampstand is the Holy Spirit. The light and fire and glory of God that would guide and comfort people. In that dark enclosed tent, the lampstand would light up those golden walls and make whatever situation glorious. That’s what the Holy Spirit does in us today.

And finally the altar of incense. Incense is repeatedly associated with God the Father/Creator and the prayers received by Him. He is formless and untouchable, unapproachable, but He listens and responds to our prayers.

Moses saw this pattern of God’s holiness on the mountain. As Moses saw it, he saw it in the context of God wanting to be with His people. With the beauty of almond blossoms and the fury of an altar of burning coals, God would build the path for Himself into the hearts of men and women.

You can get the Daily Bible Readings to your inbox via email every day by subscribing here. Join the discussion online on Facebook or Twitter.

One Life Podcast on iTunes

One Life Podcast on Google Play